Why E-Commerce is Moving to the Traditional Storefront 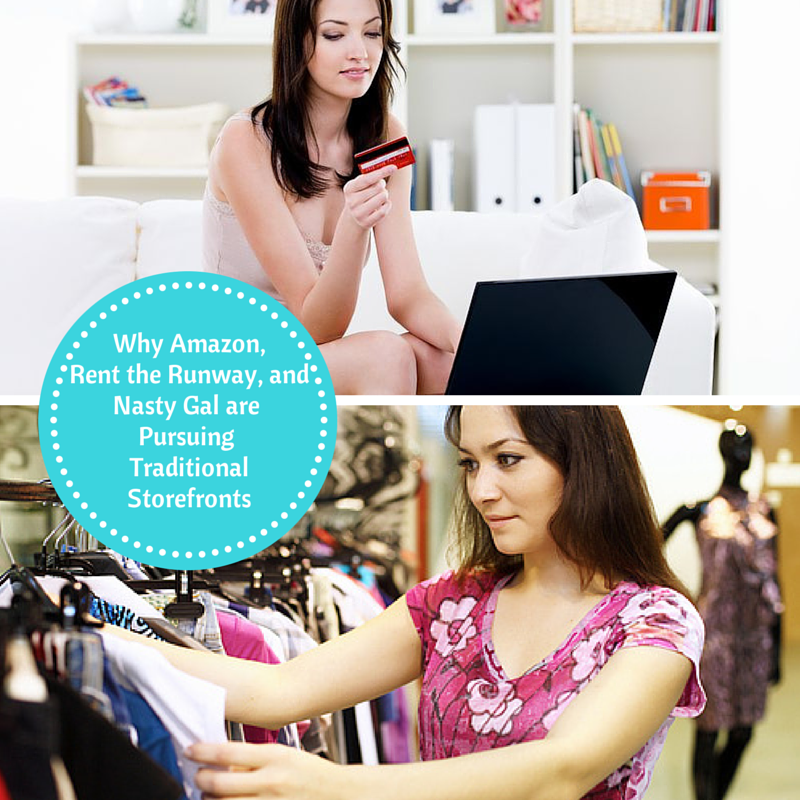 In the last few years some of the heaviest hitters in e-commerce have realized that providing consumers with a physical storefront in addition to an online store is a key strategy for continued success.  Amazon, Rent the Runway, and Nastygal are three of the most recent online shopping destinations to make the jump to brick and mortar, but even in pursuing the same end goal, each digital brand as the potential to add unique value with an analogue expansion. 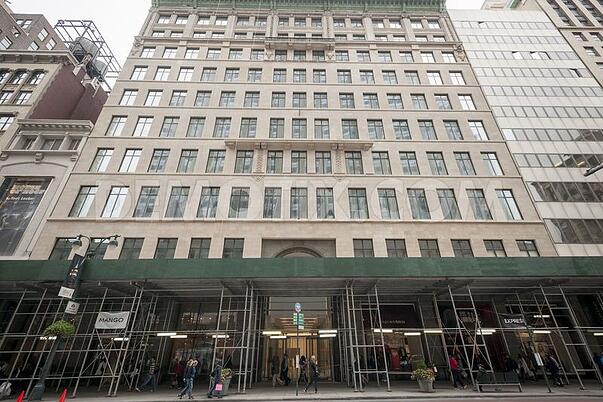 After years of speculation, the Wall Street Journal recently reported that Amazon will be opening a physical store in Manhattan on 34th street. Not much is known about the new storefront, but reportedly in addition to housing products for sale (likely focused around The Kindle, Amazon's own line of E-readers) the 34th street location will serve as a mini-warehouse that will offer shoppers in-store pickup, same day delivery, and an easier option for returning products purchased online.

All of these proposed benefits of Amazon's first physical store will offer opportunities to increase conversion: according to multiple consumer studies, including this recent one by A.T. Kearney, consumers prefer to handle purchases, pickups, and returns in a physical store in order to: get instant gratification of taking home a new purchase on the spot, recieve a higher quality of customer service, or simplify the return process, respectively.

When it comes to the specific benefits of selling products in a physical storefront, study after study has shown that multi-channel shoppers are more loyal and spend more money than single channel shoppers. This is partially due to the increasing popularity of both "showrooming" when shoppers use a physical store to see a product before buy it online, and "webrooming" or "reverse showrooming" when consumers will research a product online and go into a brick and mortar store for the actual purchase. Both strategies combine the benefits of online research with the tactile advantages of seeing a product in store. The key to using showrooming and webrooming advantageously requires simultaneously providing consumers with the detailed, rich media product information they need to align the online representation and the physical store, i.e. making sure products in store match their online content in terms of availability, quality, and price.

Because much of the discussion surrounding Amazon's NY location is focused on its use as a mini-warehouse/distribution center, its unclear how closely it will resemble a classic brick and mortar shop. Only time (or Jeff Bezos) will tell. 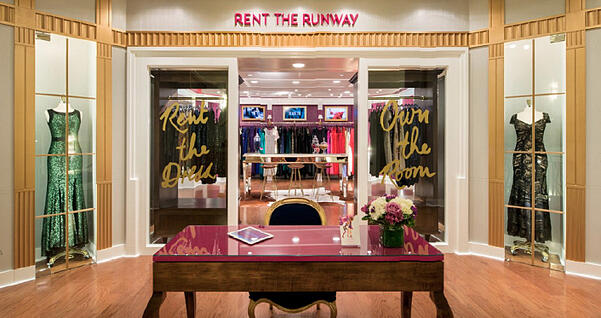 Founded in 2009, this designer dress rental startup opened their first brick and mortar location in New York City in September of this year. It was less a leap of faith than a well thought out step up to the next level of profitability and success, thanks to testing which included opening a retail space in their headquarters, followed by a collaboration with Henri Bendel, to opening a  store on West 18th street.

Rent the Runway's logical, data-driven strategy is also pivotal to the success of their physical store: digital consumer data collected from the site is leveraged by a living breathing person. Customers make an appointment, and their stylist is able to use personalized algorithms and behavior to select options that their client will like. More and more traditional retailers are trying to find ways to gain consumer information through their online shopping sites to optimize the in store shopping experience, but the process is much simpler for an online-only retailer opening a brick and mortar shop than the other way around.

According to a recent interview with one of the company founders, conversion amongst their customers in New York has doubled since they opened their retail location. Inarguable proof to support the idea that retailers who give customers a choice in ways to engage [with them] make more money from those customers. 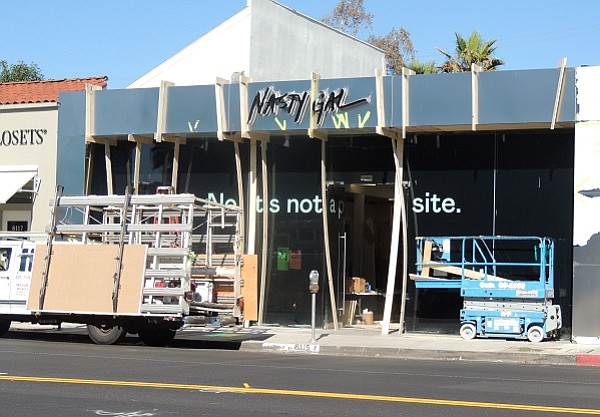 Sophia Amoruso originally launched Nasty Gal as an ebay page for vintage apparel to make a little extra cash. By 2012, the shop had grown to a vertible success that netted over $100 million in revenue, and has continued to do so every year since. Amoruso has been teasing customers with unspecified plans to open a physical store since November of 2013, and just last week a large Nasty Gal sign was unveiled above a shop on Melrose Avenue in Los Angeles.

Amoruso has said in interviews that she sees the expansion as an opportunity to rethink technology in physical stores, a la Rent the Runway, but there's another notable advantage for the spunky apparel retailer. Nasty Gal sells an in-house shoe and clothing line in addition to popular brands like Jeffrey Campbell and BB Dakota. While there's little information about the store aside from it's location, it's entirely possible that it will only stock clothes and shoes from the in-house line.

Opening a physical store for Nasty Gal's in house line makes sense: it will allow their LA based customers (primarily women between the ages of 18-30) the tactile benefits of and in-store shopping experience, which eliminates the perceived risk of buying apparel or footwear site unseen from the website. Rather than negatively impacting online sales, it's more likely to cause a huge conversion boost from the LA based customers who will have the benefit of using multiple channels. Financially, focusing on their in-house line is a smart move, as cutting out third party vendors makes for a much friendlier profit margin.

It's difficult to predict the evolution of anything, including retail. Online shopping was once thought to be the beginning of the end for brick and mortar retailers, but the recent trend of online retailers finding increased conversion through the addition of brick and mortar locations is undeniable proof that retailers must embrace a multi channel shopping experience to attract and retain customers. Like Warby Parker, Bonobos, and Birchbox before them Amazon, Rent the Runway, and Nastygal will likely encourage a new wave of digital heavyweights to pursue success in the analogue world. Personally, we can't wait to see who's next.

Read our Case Study: One Product, Many Channels - Customizing Content for Retailers

4 minute read
A marketing riddle for you: "commerce has become marketing, and marketing has become commerce." pando's article does a pretty good job breaking that loopy statement down,...
by: Rob Gonzalez
Digital Commerce

How to Support Your Traditional Salesforce and Overcome Channel Conflict

5 minute read
As digital channels bring in more direct sales for brand manufacturers, it’s not uncommon to get concerns, pushback, or confusion from your traditional internal...
by: Michael Johnson
Omnichannel Strategy

Why an Omnichannel Commerce Strategy Is Vital for Growth

8 minute read
Omnichannel commerce is quite literally "commerce everywhere," or in all the places your customers are found. Where historically an omnichannel commerce strategy might...
by: Lauren McMenemy
Privacy Policy Terms of Service Security Sitemap Glossary
Copyright © 2021 Salsify. All Rights Reserved