You can't out Amazon Amazon: How I spent my holiday $s 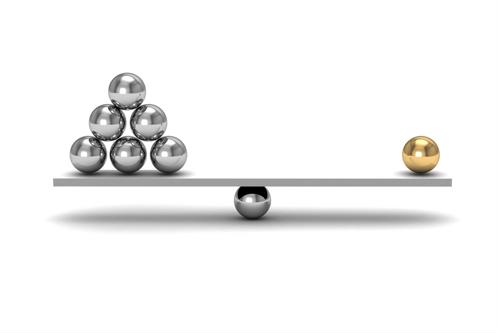 In a world where Amazon owns 51 percent of all U.S. online sales growth, you need a new approach to stay afloat in eCommerce.

Ben Schachter and his fellow retail analysts at Macquarie Research said that Amazon earned 51 cents of every additional dollar spent online by Americans in 2015. That means if I spent $100 online in 2014, and $200 in 2015, Amazon got $51 of that $100 growth, which is, frankly, incredible.

"Amazon earned 51 cents of every additional dollar spent online by Americans in 2015."

Amazon owns literally half of all online sales growth, and it's starting from by far the largest base. As a % of total online sales, other retailers are losing market share even as the entire industry is growing significantly.

As Bonobos founder Andy Dunn pointed out in his most excellent post, you can't out Amazon Amazon. To win at eCommerce you have to play by different rules, and it's very possible to do so.

To get some ideas, let's look to the last generation of retail dominance: Before eCommerce, you couldn't out Walmart Walmart.

Amazon Before Amazon: Walmart
Among Walmart's many innovations, it revolutionized supply chains and logistics in retail, cut operational costs, enabled significantly greater scale and put venerable stalwarts out of business - Bradlees, Caldor, Woolworth's, and countless smaller chains, while many others are still barely hanging on. If you wanted to create a brick & mortar store that sold tons of different goods at affordable prices, you would lose. Walmart's scale gave them 1000 advantages that they knew how to leverage.

But to really understand their dominance, in The Walmart Effect (great read, btw) they talk about how Walmart's relentless pursuit of cost savings held down inflation in the United States economy.

And yet, Target has been incredibly successful during Walmart's rise. As has CVS, even in the face of Walmart expanding into pharmacy. As has Tesco. Even in a world completely dominated by Walmart, other companies grew and thrived specifically because they were different.

Each said, "I can't compete on price because I'll lose, so what can I compete on?"

So what's the lesson for companies trying to compete with Amazon? That if you try to be an eCommerce everything store with free delivery, low (but not necessarily lowest) prices, and a compelling membership model, then you will probably lose. To win, you need to do something different.

There are lots of ways to not fight Amazon at their own game. Jet.com has a very unique pricing model and is growing very rapidly. Could they be this generation's Target? Walmart is focusing on omnichannel, leveraging its stores to sell more online and off.

What can you provide to your consumers that Amazon can't?

Case Study: My Personal Holiday Spending Trend: DOWN on Amazon
In 2014, I spent around 85% of my annual holiday budget buying stuff on Amazon.com.

In 2015, only 20% of my dollars went Amazon. What made my experience different than the overall trend?

This past holiday season, I did most of my shopping at stores with differentiated customer experiences and curated product selections places like Huckberry, Bonobos, Etsy. It's easier to discover cool, interesting, and unique gifts when a store has a a special collection of products.

Shopping Experience for the Win
From a buying habit perspective, Amazon is a default for those who know exactly what they want - a book, sardines, a video game or whatever. But when consumers are looking for something that'll be memorable as a gift or an awesome knickknack for the house - something that isn't a commodity - they're going to go to those other sites.

So for many retailers without a killer supply chain or a super-secret algorithm, here's how you can win over Amazon: tailored, differentiated merchandising. It starts with being clear about what makes you different to your customers. Bring your products and brand to life in a unique and personalized way. Invest in customer analytics. Put data and creativity together to deliver what many consumers really want: a great shopping and buying experience for products merchandised in a way that brings them to life on the digital shelf.

I'm a co-founder and VP at Salsify. Love to hear from you - on the Twitter @gonzofy.

Rob is a co-founder at Salsify. He built the go-to-market team at Salsify from the ground up. Previously he ran inbound marketing and product management for Cambridge Semantics, another Boston-area startup. He loves ideas.

View all Posts
Shopping Experiences Are Your Brand
|
11 minute read

Amazon Seller Central: How To Become a Seller on Amazon

By the end of this year, Amazon is expected to account for more than half of the total US ecommerce market, according to CNBC. It currently dominates the share of the digital...
Read More
Digital Commerce
|
4 minute read

How to Accelerate Your Performance on Amazon

Delivering the best-selling product pages on Amazon as a 1P (first-party seller), can often seem like an unending battle. In order for your product to maintain a high rank on...
Read More