Should we care about conversational commerce? 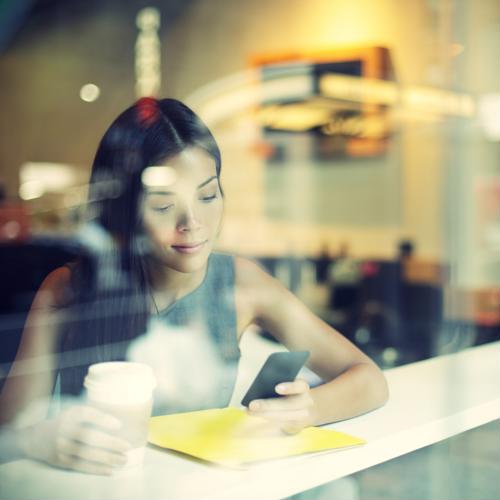 Is #ConvoComm a fleeting phase or the future of engaging consumers?

Takeaway: A trend called conversational commerce is gaining popularity in customer experience discussion. Is this just another trend in distributed commerce or is it something totally new?

When the man heralded as the founder of the Twitter hashtag has a new idea, it's wise to pay attention. In an article for Medium, Chris Messina expressed his opinion on the new state of commerce in 2016. He called it #ConvoComm - or conversational commerce - and he believes that it's the year #ConvoComm takes off.

But let's not get swept up in excitement just yet. What is Messina asserting and should we care?

In the first week of January, Digital Trends reported that Messina was hired by Uber as a developer experience lead on the developer platform team, after working at Google for a couple of years. This role - created for Messina - should shake up development and market domination for the company. It's meant to revolutionize Uber as a platform in the age of conversational commerce. So clearly, Uber thinks something of it.

"At the heart of it, it's about supporting the customer."

What is conversational commerce?
Messina defined conversational commerce as a practice in which brands use messaging systems and apps to speak with consumers and other businesses for that matter. It's fostering conversations - that are "bidirectional, asynchronous" - and treating that type of engagement and customer experience as the new norm. At the heart of it, it's about supporting the customer in getting proper support and information in the customer's journey.

A new way to engage?
Brands will usher in this new era of conversational commerce with organic integration of existing chat and messaging services into their mobile apps, websites and social media channels. For example, Messina highlighted the use case in which consumers can talk to Uber through Facebook Messenger. Think about it: you can even pay through Facebook now, Twitter has historically been there for speaking with customers, Instragram is about creating conversations and that's not all.

Huffington Post contributor Alexander Jutkowitz supported Messina's case. He said that 200 million people use ad blocking software, so traditional marketing clearly isn't working. Meanwhile, Jutkowitz pointed to conversation commerce already doing its job for Maker's Mark and Old Spice. Maker's Mark took to Reddit during the Kentucky Derby to speak to its customers and potential ones. Old Spice created a "GIF-Wars" campaign, Jutkowitz explained, and the responses from consumers were positive, such as: "I never thought I would find myself saying this, but this is the kind of shameless ad posting I can get behind."

By removing the need to click download, install, follow and buy, brands become easier to engage with, Messina argued. Instead, people will contact, message and interact with brands directly. This means getting your message and the necessary information to customers faster and easier. For businesses struggling to get their apps into customers' hands or addressing customer concerns at a fast enough speed, that's a godsend.

Is #ConvoComm really new?
There is no denying that conversational commerce is a good strategy for engaging customers. It gets them excited, it's innovative and it spreads brands' messaging. But is it new? Messina himself said that it's really just "a form of extreme personalization." Better yet, he stated that it's still based on the idea of delivering a consistent message across all channels. Does distributed commerce ring a bell?

"Conversation commerce is really just another cog in the consumer-first machine."

By all means, brands should keep an eye on conversational commerce, especially if they are looking for new and creative ways to reach Millennials and younger buyers. They can even experiment with this kind of customer engagement and bidirectional experiences.There's no reason not to slowly implement a strategy like this.

But! Conversation commerce is really just another cog in the consumer-first machine, and is a subtitle under "distributed commerce". It's a paradigm shift, but a small step toward empowering consumers with more information on brands, products, services and more. It's a necessary change that will remove barriers for interaction, yet at the end of the day, it's still just a piece of distributed commerce - a way to give customers choice when it comes to discovering and engaging with content. And anything that supports a distributed commerce strategy is something we can get behind.

3 minute read
We've talked about it before but we haven't explained exactly what it takes to become a distributed commerce brand. Until now.
by: Peter Crosby

9 minute read
Recently, Salsify co-founder Rob Gonzalez sat down to a conversation with Jamus Driscoll, Executive at Residence at Underscore VC, about the challenges facing brand...
by: Salsify
Trend Watch