The product content lesson that the Target Canada collapse taught us 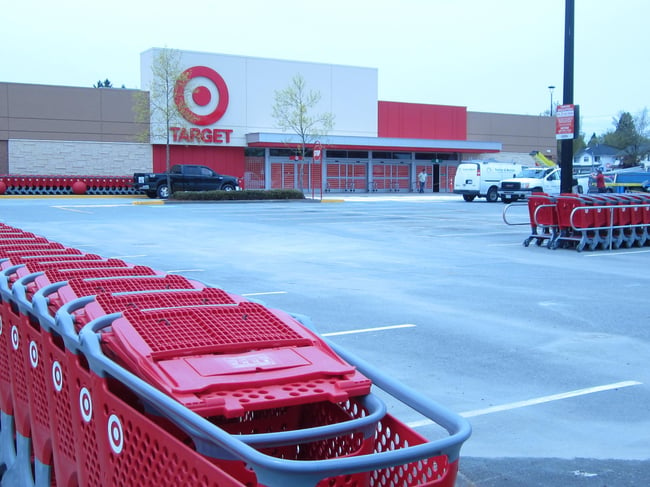 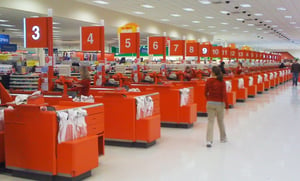 Takeaway: If you thought product content production was no big deal, you may want to ask some Target Canada executives how they feel about that.

Target is one of the best-known and most successful brands in the United States. The first Target store opened in 1962, and there are now more than 1,800 locations throughout the country.

Given the company's tremendous success here in the U.S., Target decided to expand aggressively into Canada. Target Canada was formed in 2011, and by 2013, it had 133 locations.

Today, Target Canada has precisely zero locations, and the company is in bankruptcy. The total cost of Target Canada: $7 billion, according to Fortune.

Canadian Business contributor Joe Castaldo recently offered an in-depth examination of what went wrong for Target Canada. Ultimately, the investigation revealed that the launch failure was largely due to the lack of processes and systems in place to support effective, high-quality product content creation. From that one shortcoming, countless other aspects of the business quickly came apart.

Internal matters
Product content creation is often seen as an exclusively outward-facing endeavor. And it's true that this represents a huge component of product content. Brands need to make sure that their products are described accurately and consistently across different channels and on different retailers' online stores, for example.

But internal product content production can be just as critical and challenging, as Target Canada found out. The company quickly ran into a large number of serious problems, including products not fitting into shipping containers or onto store shelves properly, an inability to process merchandise from distribution centers and more.

"It didn't take long for Target to figure out the underlying cause of the breakdown: The data contained within the company's supply chain software, which governs the movement of inventory, was riddled with flaws," wrote Castaldo. "At the very start, an untold number of mistakes were made, and the company spent months trying to recover from them."

Further investigations revealed that the product content errors were incredibly widespread. In some cases, product dimensions were listed width by height by length rather than length by width by height. In others, inches were used instead of centimeters - a problem, given Canada's use of the metric system.

A chaotic system
As Castaldo explained, Target Canada's product content problems started at the very beginning, when the company was rushing to meet its launch deadline. Merchandisers had to manually enter about 75,000 products into SAP - a task that was assigned to young merchandising assistants with little experience in this area.

Making matters worse, Target Canada did not have any sort of system built into its SAP to alert users when they committed data entry errors, the writer noted.

"Only 30% of the product data in Target Canada's systems was accurate."

A subsequent investigation found that only 30 percent of the product data in Target Canada's systems was accurate. Castaldo pointed out that in the U.S., the accuracy rate is between 98 and 99 percent.

The end result of all of these errors was a chaotic, inefficient landscape in the Target Canada stores. Shelves were often empty as the company did not know when, where or what merchandise to send from its distribution centers. Inaccurate product size data impeded the system's ability to calculate when shelves would need to be replenished, the writer explained. Dissatisfied shoppers took to Target Canada's social media pages to complain about the lack of products available for purchase - even though the company's distribution centers were overflowing with merchandise, as the system didn't know where to send these goods.

Lessons to be learned
Obviously, Canadian expansion turned out to be a disaster for Target. But it's important to recognize that the brands themselves suffered, as product content failures led to their merchandise sitting uselessly on the sidelines rather than making its way into shoppers' carts.

The moral of the story is that product content creation needs to be seen as a top-level priority for brands and retailers alike. What's more, business leaders need to recognize that generating accurate, consistent, effective product content requires a serious degree of commitment and, just as importantly, robust processes to support these efforts. Without an organized approach, the right tools and other resources, any business may run into the sort of problems that overwhelmed Target Canada.

Takeaway: I'm a millennial who keeps an eye on the latest whole food and health food trends. Here are 4 ways that food brands and retailers can catch and keep my attention,...
Read More
Omnichannel Strategy
|
4 minute read

Over the course of a few short months, COVID-19 has dramatically accelerated the growth and adoption of ecommerce for the home improvement industry. With consumers spending...
Read More
Digital Commerce
|
5 minute read

What does it take to have the best furniture product content on Amazon?

We went shopping for furniture and home goods on Amazon this week and thanks to our newly launched Product Content Grader were able to see just how well some of the site’s...
Read More