In 2016, shopping patterns have reached a turning point 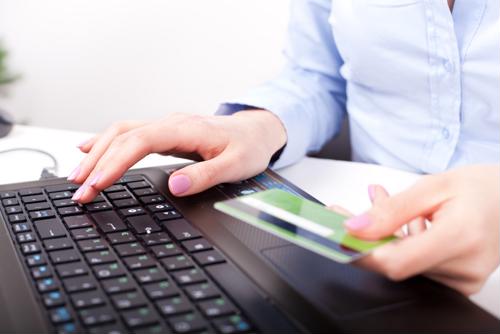 In 2016, shopping patterns have reached a turning point

The 2015 holiday season is now over, and most retailers are probably feeling pretty good about it. According to the National Retail Federation, the average U.S. shopper spent around $805 during the holidays, a slight uptick from the year before and a major, positive swing from just a few years back - in 2009, this figure dropped all the way to $682. What's more, NRF Chief Economist Jack Kleinhenz noted that the increase in consumer spending would have been higher, except that merchants cut prices, which is good for retailers in the long run.

So 2015 was a pretty decent holiday season for retailers. It was also a significant one. Why? Because, as an editorial for The Post and Courier recently explained, this past year marked a turning point for shopper behavior. It's not just that online shopping is becoming more popular - now, in 2016, powerful eCommerce capabilities have become an essential requirement for virtually every retailer.

But that's not all. Looking over the whole of the 2015 holiday buying season, it's clear to see that consumers are now fully in charge of how, when and where they shop. Brands and retailers in 2016 must therefore align the customer experience across every channel if they want to stand out.

Online is essential
The rise of online sales isn't exactly a new development. For several years now, shoppers have been turning to the Internet for their purchasing needs with greater and greater frequency, and retailers have been gradually attempting to this trend.

"Online sales were up 25% year-over-year during the Thanksgiving weekend."

But last year, this development reached a new level, one which should serve as a wakeup call to retailers across the country, and the globe. The Post and Courier noted that the most recent Cyber Monday saw more than $3 billion online sales, good for a 12 percent increase over 2014.

What's more, over the four-day Thanksgiving weekend, online sales were up 25 percent year-over-year. Critically, the same time period saw brick-and-mortar sales drop about 10 percent relative to 2014, even as they reached $20 billion, the source reported. Finally, a MasterCard report revealed that 2015 holiday shopping was up 8 percent overall compared to 2014, while online sales increased 20 percent.

All of this led The Post and Courier to declare: "This year marks perhaps the clearest indication yet that shopping patterns are shifting, and stores without strong Web presence and the infrastructure to efficiently accommodate online sales will have to adapt quickly to keep up."

What consumers want, when they want it
So an online presence is now, without a doubt, a must-have for brands and retailers. But that alone is not enough. In 2016, eCommerce shouldn't be seen as its own separate arena. Instead, firms need to work to make online shopping just one part of their broader omnichannel strategies. That's the only way to truly accommodate today's consumers, who are more empowered than ever before.

"Around 70% of consumers said the ability to buy online and pick up in store was important."

Consider, for example, recent research from Vennli evaluating consumers' holiday shopping preferences. The survey found that low prices was not the most important consideration - it came in second to the ease of finding whatever they were looking for. It's also important to note that around 70 percent said the ability to buy online and pick up in store was an important factor when choosing where to shop.

So it's not just about offering products online or not - it's about helping shoppers find what they want through whichever channel they prefer and getting those items into the customers'. It's about creating a unified omnichannel experience for consumers.

Getting to the goal line
That's the new state of affairs, the new status quo. But what does that mean for brands and retailers that want to get ahead of the game and fully embrace omnichannel?

To truly take advantage of the potential that this tectonic shift toward omnichannel shopping has to offer, brands need to commit more fully and seriously to ensuring their product content is consistent across every medium.

Why? Because product content has such a close relationship with the shopping experience. Today's consumers aren't just going to the mall, nor are they just visiting a single online store. They're going to brick-and-mortar retailers, they're exploring online stores on desktop and they're browsing products through apps on their smartphones.

If product content isn't aligned across these channels, then the consumers are going to become confused and hesitant. They won't be sure that they are indeed viewing the same product in every instance, or they may miss out on key information. Either way, that lack of consistency is bad for business.

With an emphasis on ensuring consistent, rich and informative product content across every channel, brands will be able to position themselves to take advantage of the turning point marking the true and undeniable ascension of omnichannel retail.

Selling on the Amazon Mobile App

3 minute read
Amazon’s shopping app made headlines with the announcement that teens will be able to shop, listen to music, watch movies – all with parental supervision and spending limits....
by: Cara Wood
Omnichannel Strategy

5 minute read
The retail landscape is continually evolving as consumers gain even more control over how, when, and where they shop. It’s both an exciting opportunity and a challenge for...
by: Barb Mosher Zinck
Shopping Experiences Are Your Brand

3 Tips for Optimizing Your Brand Partnerships

6 minute read
After a couple of years of pandemic-related social isolation, many of us could probably use a reminder: “No man is an island, entire of itself.”
by: Chris Caesar