What Can Brands Learn From Amazon’s Strategy and Culture? 8 Tips for Success 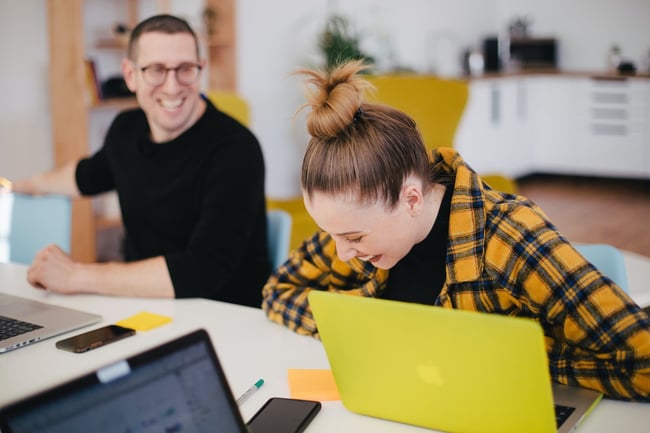 — John Rossman, Author of “Think Like Amazon” and Managing Partner at Rossman Partners

This is a pointed question, but John Rossman, author of the book “Think Like Amazon” and managing partner at the digital strategy firm Rossman Partners, is more than capable of answering it.

Rossman, a former Amazon executive, has had a birds-eye view of how the company has gone from an online bookseller to an integral part of the online shopping experience. He said companies across industries could learn several lessons on innovation and leadership from the ecommerce giant, which generated more than $280 billion in revenue last year.

Rossman said several vital things are part of Amazon’s "secret sauce," including being future-minded, agile, and focusing on delighting customers.

Rossman shared his eight tips for how business leaders can drive innovation within their organizations using some of the same best practices that have made Amazon so successful on the Unpacking the Digital Shelf podcast episode "Lessons We Can Learn from Amazon on Building Winning Strategies and Culture."

1. Focus on Speed and Agility

Rossman said too many organizations have a narrow view of what it means to be digital. Most focus on their websites, apps, or the cloud, but building a digitally-driven organization requires a lot more than that.

"It's more about how we operate and how your customers and partners would define you and how you work internally. I really boil it down to two attributes," Rossman said. "The first one is speed. If you think about what speed is, speed is about being very efficient and fast at a repetitive motion. If you equate that to a core capability, that's really operational excellence. The second attribute is agility. Agility is actually the ability to sense and make change happen. Sometimes that's a small change, sometimes that's a big change."

Rossman said companies need to shift their mindset and realize that being digital is about pushing the envelope about what operational excellence means, learning from your business environment, competitors and customers what changes your organization needs to make and executing on them in a timely way to push innovation forward.

2. Become a ‘Day One’ Organization

Amazon is a “Day One” organization, which means a vital tenet of the company’s culture is a sense of optimism that it has just begun its journey.

Acting like a start-up may seem crazy for a billion-dollar business founded in 1994, but it’s a core reason why Amazon has remained so agile.

Rossman said Amazon strives to lead the pack and not just react to how the internet and technology are changing society and business. He said other companies could adopt the same mindset by changing the questions they’re asking.

“Instead of ‘How do we grow by 5%?’ ‘How do we improve by 10%?’ or ‘How do we change cost by X percent?’ [Focus on] a different reality, such as ‘How can I make something completely self-service?’ Instead of competing on selling for a price, how would I sell for an outcome? These questions completely change the nature of the game because they force you to rethink things,” Rossman said.

3. Feature the Best Idea — No Matter Where It Comes From

Rossman said many companies have the tendency to focus on bureaucracy, but a good idea is a good idea no matter where or whom it comes from. Focusing on customer obsession, seeking perfection through data, and ignoring job titles while still treating each other with respect are key ways businesses can separate themselves from others in their industry.

"When you use data and customer obsession, and the best idea is what's featured, that helps a team resist all of those other traditional and bureaucratic mindsets that get in the way of getting to the right idea," Rossman said.

"What's happened in a lot of corporate America, the pendulum has just swung towards 'we have to be collegial, and we have to make sure everybody's heard.' That's true, but that can't be where we settle on important strategies and important changes."

The pandemic has accelerated the digital transformation of many companies. However, that doesn't mean companies can rest easy when it comes to customer experience.

Rossman added that using metrics and service-level agreements (SLAs) that focus on time, quality, and price can help companies better assess the negative interactions customers have with their brand.

"Insights come from the bad news where we didn't succeed, not from the good news," he said.

"Friction is those little things that we ask our customers, our employees, or our partners to deal with because we haven't really solved it," Rossman said.

But kicking the can down the road isn't a good strategy for creating innovation. Companies need to develop a true passion for their customers and really understand the tiny, but annoying concessions and workarounds they're asking customers to make to reap the most value from their products.

6. Work With an Eye Toward the Future

The best companies aren't just focused on today; they have one eye toward the future.

Amazon has mastered this. The company doesn't just focus on all the things it has to do from an operational standpoint from a weekly, quarterly, or even annual basis, it also spends a lot of time within its corporate environment and at the senior leadership level talking about the things it might want to do in the future.

This exercise isn't just about thinking wistfully or shooting around pie-in-the-sky ideas. It's about changing how you make decisions, Rossman said.

"What we tend to do is not understand what decisions are one-way versus two-way door decisions, and we tend to treat everything like a one-way door, which slows down an organization."

Writing ideas down is another critical part of building a forward-looking organization. Amazon does this by using what it calls a “future press release” for internal purposes only.

"It's an announcement about the future. It could be a new product, a new service, a new capability," Rossman said. "It helps tease out what delighted my customers about it — getting explicit about what excited your customers about it. [It's about] really outlining what were the tough things we had to do and getting to honesty about the tough things we had to do to achieve that vision. It's just a way to help set up how we're going to tackle this mission."

Rossman added that writing out what you mean is hard to do.

"That takes practice, that takes skill, but it forces the team that is writing it to really think through a topic." For other companies, a future press release may not be the most effective way to think ahead. The point is to leverage the written word to make your goals tangible in some way.

Yes, your company can create a massive 50-slide strategy deck, but what may be even more impactful is to focus on something simple that really distills what you hope to achieve in the most straightforward way. That could be a press release, a future internal memo, or a word map.

Amazon has been nimble during the pandemic because it has built a culture that encompasses all the core principles and processes we previously outlined. It also understands that innovation largely comes from failing fast and moving forward from there.

How to Accelerate Your Performance on Amazon

Delivering the best-selling product pages on Amazon as a 1P (first-party seller), can often seem like an unending battle. In order for your product to maintain a high rank on...
Read More
Digital Commerce
|
4 minute read

How to Sell on Amazon | Free Seller's Guide

Learning how to sell your brand on Amazon can be a daunting task, let alone how to beat competitors on the eCommerce superpower. Whether you’re looking to expand your...
Read More
Digital Commerce
|
3 minute read

How to Optimize Baby Pages on Amazon

Nearly every item in the baby products category is shopped as a considered purchase. Parents researching for the best product for their child want clear benefits outlined and...
Read More